Original version for Soprano and Piano

Following the death of my Grandmother, Gabriella Csanyi, I found a letter among her possessions. Written on a folded piece of paper were the words: The Last Letter.

As one of the Axis powers, Hungary had a minimal Nazi German presence until 1944, when the pro-fascist Arrow Cross Party began their reign of terror. Jews were deported to concentration camps or shot and thrown into the Danube.

Iréne Csanyi was born to a wealthy family in Szeged. She lost her husband to cancer in 1936. Her daughter Gabriella went to London before the war. Her son Charles was dispatched to the forced labour camps in 1943. Iréne kept herself locked away in the family apartment in Budapest, seeing no one but the elderly concierge; out on the streets, the Arrow Cross stalked the city’s remaining jews. One day in October, she ventured out, leaving behind everything she owned. And an extraordinary letter.

I’m saying farewell. The pain of being so far from you is unbearable, but know that I’m with you in spirit. Love each other and don’t forget me.

Mrs. Fold will see that this note gets to you. She has been a great comfort to me through all of this: she is a good soul.

You can rely on my lawyer, Dr. Bela Uretty. He handles all my affairs.

Dearest Charles, you will be able to claim some money at the orphans’ court.

Gaby, my darling, my clothes and furs, if any survive, will be yours. Charles will know what to do.

My little Charles, the last thing that brought me happiness was the postcard you sent

Sell up and go abroad.

A million kisses, my dearest ones, and embraces. 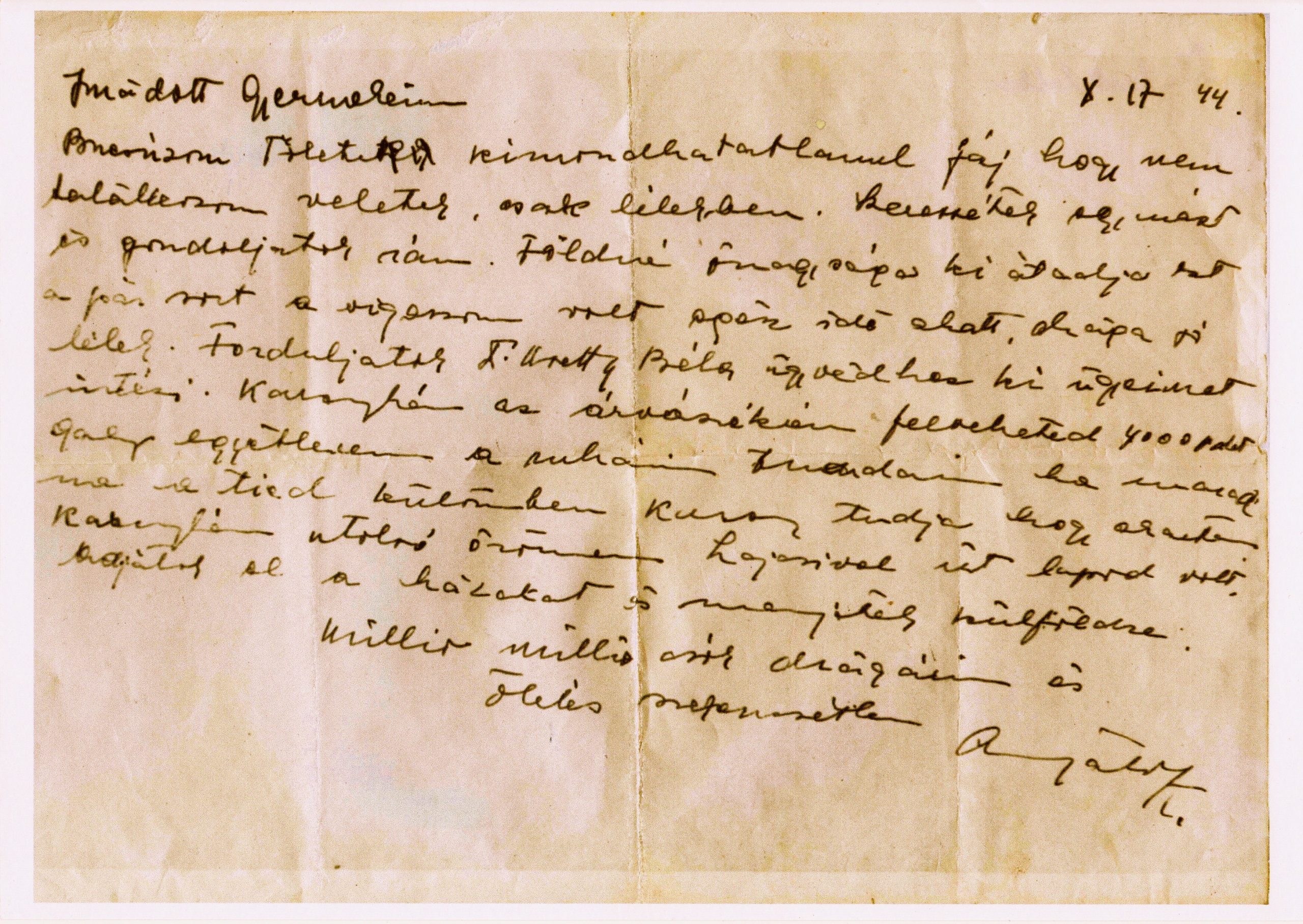